I sometimes write using a pen name of Marilyn, and some of my stories feature a character named Marilyn who is a fantasy version of myself. I think of her as my twin. She is someone whom I could have been, but am not. She writes about things that I’m not brave enough to publish using my “real” identity.

I’ve always liked the name Marilyn, and mostly that’s because I had an English teacher at Donview Junior High School named Marilyn McNeill. 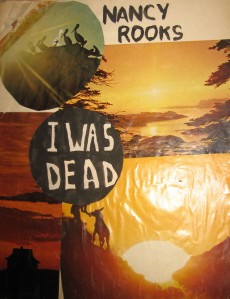 One of my grade nine writing assignments for Mrs. McNeill

Mrs. McNeill must have been in her early thirties when I knew her. She dressed simply, usually in plain skirts and blouses that often appeared a little rumpled, but to me she was attractive and sexy, the kind of woman I wanted to grow up to be. She still appeared girlish, with her beautiful thick blonde hair usually tied carelessly in a ponytail at the back of her neck.

Mrs. McNeill was youthful, but underneath her quiet voice was a steely quality. She was an ideal teacher for confused, hormone-driven junior high school students because she simultaneously cared deeply about us, yet would tolerate no nonsense. She was one of those rare teachers who preferred to treat 12- to 15-year-olds as adults; those of us who rose to this challenge gained enormously from the respect she showed us and the academic demands she made upon us.

As for the others—well, I remember a day when one girl wandered into class a few minutes late, bringing with her the unmistakeable aroma of marijuana. Mrs. McNeill turned to her, and said very quietly, in a voice that could have frozen a hot toddy in hell: “Don’t you dare ever enter this classroom again reeking the way you reek.”

Mrs. McNeill was an excellent English teacher, and as an aspiring writer I was lucky to have her, but her writing advice was not the most important influence she had on me.

To me, it was more significant that she was a role model. She was an unusual teacher in that she sometimes shared little snippets of her personal life with us. She’d refer to funny things her husband Richard had said or done. These were only the briefest of comments, yet they offered me a glimpse into what a happy marriage could be like, a marriage less traditional than my parents’, where my father worked an office job and my mother was a stay-at-home mom for three kids. I thought Mrs. McNeill was very special for sharing more of herself than what she knew about English grammar or literature. It meant her relationship with us went beyond our teacher-student roles to include elements of trust and friendship.

Mrs. McNeill did one unforgettable thing for me that went far beyond any helpful criticism or words of praise she gave me on my writing assignments.

In grade nine, I was in the school play (Noel Coward’s Blithe Spirit), where I played the part of the eccentric medium, Madame Arcati. One day, in preparation for a dress rehearsal, Mrs. McNeill was helping our Theatre Arts teacher by doing our makeup. When it was my turn, as she applied mascara to my eyes, she said, “You have such beautiful deep-set green eyes!”

Few compliments I’ve ever received in my life have meant that much to me.

I know Mrs. McNeill didn’t make that remark without thinking. She understood how much her words would mean to the tiny, skinny girl who had to wear glasses all the time and hated them. She knew that a compliment that would boost my confidence about my femininity would help me far more than any number of A-pluses she could give me on English assignments.