Always a reader, always a writer, and a runner for a long time

About me: short version

In addition to writing, editing, and reading, I’m passionate about the wonderful outdoors we have in and around Vancouver. I like to balance working at my desk with being active, preferably outside running, cycling, hiking, or swimming. I also go to the gym regularly to do weights or Pilates classes. 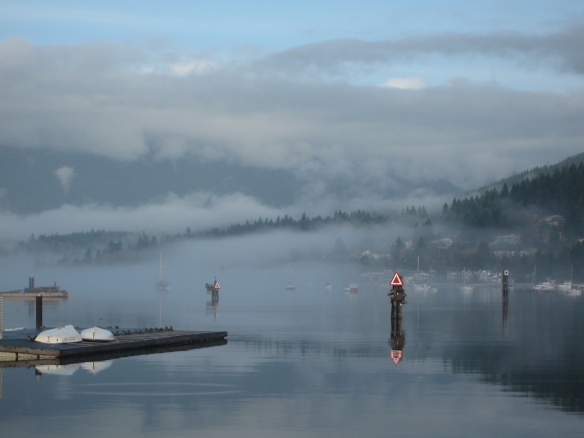 View of Burrard Inlet on a misty November morning. This photo was taken from Rocky Point Pier.

I express my love of natural beauty and my attachment to my Port Moody neighbourhood not only in my writing, but by dabbling in photography. 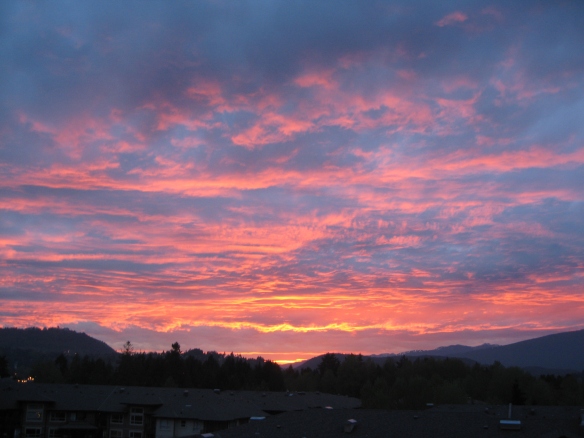 The view from my office window is ever-changing. This surreal April sunset photo is untouched by PhotoShop.

From the time I learned to read at age six, reading books and writing my own stories were my favourite things to do.

I defined myself as a bookworm for a long time, and it wasn’t until I was sixteen that a gym teacher at my high school recognized my running talent and encouraged me to join the school’s cross country running team. My coach, George Gluppe, told me I could be a world-class athlete, an unbelievable notion for someone who had always been a failure in phys ed class. However, in my first months as a runner, I was immediately rewarded by being part of a winning team and having modest individual success. I decided to stick with running.

Within two years I made my first Canadian team, competing at the World Cross Country Championships in Scotland. From then on running affected all my major life choices.

Despite being offered running scholarships from American universities, I decided to stay in Canada and go to York University, where I could continue to train with my high school coach at York’s excellent new track facilities. I was torn about what my major would be. Should I follow my passion for literature? It seemed too easy to major in English, and I was fascinated by biology and chemistry and the challenge of learning a wealth of new things every day. I chose to major in biology and focused on the new field of recombinant DNA technology.

By the time I graduated from York University, I had competed for Canada in several World Cross Country meets and track championships, and I was also starting to make money in the newly-professional sport of road racing. Like most serious runners, my ultimate goal was to go to the Olympics.

Although I had won an NSERC scholarship to do a masters degree anywhere I wanted, running played too big a role in my life for me to be able to devote myself to science research. Instead, I took a part-time job as a lab technician at York and focused on my training and racing.

I was sidelined by a knee injury in 1984 and couldn’t go to the Olympics that year, but I made a comeback in 1986 and qualified for the Olympic Team in 1988. You can read all about my Olympic experience in my running blog.

Running at the 1988 Olympics in Seoul. (I’m #82 in the Canadian uniform.) All Olympics photos on this page copyright CP/COA by F.S. Grant, used with permission of Library and Archives Canada

My son was born a couple of years later. I soon got back into running, but injuries prevented me from ever regaining the level of performance I had reached at the Olympics. However, I continued to compete in both Canadian and international road races, and had a very successful career as a masters (40+) runner, setting many Canadian age-group records.

A photo of an early Esteem Team poster from the late 1990s. As a small person, I got to be front and centre.

During this time, I worked part time as a motivational speaker for The Esteem Team, a speakers’ bureau made up of Canadian Olympians who give presentations at schools for students in grades 4 to 12. 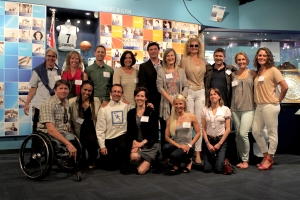 An Esteem Team reunion in 2012. Photo used with permission of Motivate Canada, the organization that The Esteem Team is now a part of.

After being a public speaker for several years, I decided to try a new career as an English, ESL, and math tutor. I realized that what I most enjoyed about this job was analyzing literature with my most advanced students and teaching them how to improve their writing skills.

Winning the Shaughnessy 8K in Vancouver in 2008, the year before I tore my ACL

I also realized that it was time for me think about the future. My career as a serious runner was now over, and teaching ESL students didn’t satisfy my desire to excel in writing. I thought about the hundreds of book reviews I had written, purely for my own satisfaction (this was before blogging was widespread!), and all the informal editing work I had done for friends. It was time to turn my passion for writing into a career. In 2009, I enrolled in the Print Futures Professional Writing program at Douglas College. I graduated in 2011 and immediately began my career as a freelance writer and editor.

To see examples of my writing and editing work, please visit my Editing Services, Writing, and Promotions & Design pages. 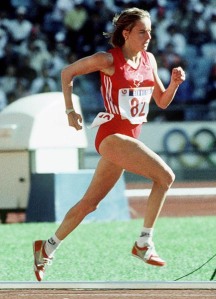 Digging deep at the 1988 Olympics

Wearing my 1988 Olympic uniform as a spectator at the Vancouver 2010 WInter Olympics. Photo by Warren McCulloch.

February Blues: Here is a quote from Shakespeare’s Much Ado About Nothing, from Act V, Don Pedro speaking to Benedick: “You have such a February face, so full of frost, of storm and cloudiness?”