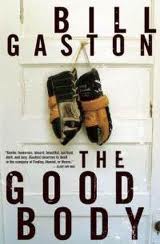 With The Good Body, his 2000 breakthrough novel, Bill Gaston proved two things: he is a writer of dazzling virtuosity, and a man with a huge heart. How else to explain the way he can get inside the minds of such a wide variety of characters, each flawed, whether pitiful, cruel, despicable, or self-righteous—and make us able to see each person in a sympathetic light? Gaston’s protagonist in this novel is Bobby Bonaduce, a man who’s been a minor league hockey player for twenty years. Now, at forty, he knows his 50-second period of ice time during an emergency call-up from the Leafs will be his only taste of the big time. Worse, he’s been diagnosed with multiple sclerosis and is already experiencing symptoms of his body’s betrayal.

When his minor league Tulsa team folds, Bonaduce decides to return to his hometown, Fredericton. It’s an impulsive decision propelled by a letter from his son Jason. Bonaduce has rarely seen his wife Leah or his son since he abandoned both nearly twenty years before. Now, Jason has written that he’s going to the University of New Brunswick and will play on the varsity hockey team. Bonaduce, in denial about his MS, plans to enrol in the university as a masters student in creative writing and join his son on the team.

A combination of bravado, determination, and plagiarism allows Bonaduce to achieve the first part of his goal—getting accepted into the grad program in creative writing.

After that, his struggles are constant and heart-wrenching. Living in a decrepit house with a group of students, Bonaduce strikes up a friendship with an overweight young woman. The two enjoy playing Yahtzee, a game played with five dice and their many permutations. If life is a roll of the dice, Bonaduce has an endless string of bad rolls. Yet against the background of his ever-worsening MS symptoms, Bonaduce fights with immense spirit. He’s not allowed to play on the varsity team. His fellow students and teachers, mostly humourless academics stuck in their ivory-tower world, repel his attempts at friendship.

As if his physical and financial problems aren’t enough, Bonaduce is also emotionally devastated. He is still in love with Leah, but she is in a long-standing relationship with a lawyer named Oscar, a man who couldn’t be less like Bobby Bonaduce. And Bonaduce is obsessed with his hope of establishing a good father-son relationship with Jason, who remains distant and uncaring. Gaston is masterful at depicting the torment Bonaduce goes through, his adolescent-like desire for Leah and the biological power of his guilt about the son he’s never gotten to know.

Gaston’s writing is so extraordinary that I could probably find quote-worthy examples on every page of the book. He’s especially good at his portrayals of minor league hockey, whether using his authorial voice or through Bonaduce’s class writing “samples.” We understand both the shame of being “only” a minor-league player, and the overriding love of the game that motivates these men.

On the ice is where it really happened. The brilliance of some. All senses sparking, working at the widest periphery, aflame with danger and hope both, seeing the whole picture, the lightning-fast flux of friends and enemies, the blending of opportunity and threat. Words didn’t stand a chance here. Words were candy wrappers, dead leaves.

I could relate to Bonaduce’s experience of being an aging athlete. It’s hard to let go. It’s never the same being a coach or spectator as being an athlete. The middle-aged body can still feel a joy in action that brings back the sense-memory of how the body moved in its prime. It’s only the damning evidence of stopwatch or camera that shows the body’s deterioration.

As Bonaduce’s life spirals down towards catastrophe, we cringe, we bleed at life’s unfairness. We love this man. Despite his flaws, he’s a hero because he gives everything, he keeps fighting, he finds redeeming slivers in the wreck his life is becoming. This is a book that gets down to life’s basics: love, sex, sensual beauty, mortality. Here is Gaston writing about what Bonaduce is thinking after his one illicit encounter with Leah in a local motel:

C’mon Leah, you did feel it. Pretty little angel eyes. Angel eyes, what a perfect two-word description of love, love that went both ways.

And more about the intimacy that Bonaduce and Leah can’t deny:

Each time they met eyes, they got a version of each other that was surprising and too too full, a potency forcing them to look away, except for a brief few times when they made themselves hold it.

Even Oscar, after finding out about the encounter, acknowledges that Leah and Bonaduce have “unfinished business.” But it’s Bonaduce who knows “there is no end to that kind of business.” The sexual attraction between him and Leah is inextinguishable.

It takes a fearless, peerless writer to make us care about his protagonist as much as we care about Bonaduce, and then give his story a tragic conclusion. But this is real life; this is what makes The Good Body a work of great literature. Redemption comes from Gaston’s sympathetic insight into a wide variety of characters, all fully-fleshed; the gallows humour that pervades Bonaduce’s thoughts; and the indomitable spirit that enables this hero to experience friendship, love, intellectual challenges, and hope in the face of terrible odds.

Bill Gaston’s latest novel, The World, was recently given a rave review by Diane Baker Mason in The Globe and Mail. Read it here.

I never read a review of a book before I write my own review, because I don’t want my reading or critiquing to be influenced by someone else’s opinion. However, while googling for a photo of The Good Body I accidentally came across a review of it that I thought was spot-on and profound. If you’re not already sick of reading about this book, read Angie Abdou’s review here.